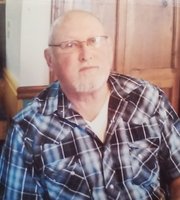 Raymond “Ray” Tilley, 76, beloved husband, father, grandfather, great-grandfather and friend passed amongst family on Sunday, February 9, 2020 at Saratoga Hospital after a long battle with many health problems Ray was born in Witherbee, NY, on February 22, 1943 to the late Thomas L. and Cora (Delorge) Tilley. His passion for the woods was instilled in him as a child, he was a true outdoorsman who loved to hunt and fish. Some of his best memories were in the woods hunting with his family and friends. He also enjoyed golfing, westerns and listening to Elvis Presley. He married the love of his life Glenda (Dupuis) Tilley on September 16, 1961 and together they had three children Penny, Kathy and Ray Jr. who he loved dearly. Many fun memories were had with his children hunting and golfing, he loved gathering with family and friends. His grandchildren and great-grandchildren were his pride and joy he loved playing with them, and they affectionately referred to him as Pop and Poppy. During his children’s lives he was very active in the Cambridge Little League as a coach and mentor. He was an active member of the Elks 2223 Lodge in Greenwich where he was recognized as Elk of the year and served as an officer where he was honored as officer of the year. He was also active in the support of the boy scouts and their affiliation with the Elks organization. Ray was a jack of all trades and master of none, he loved puttering around in his garage tinkering on many different projects. He could take something broken and make it new, he enjoyed classic Chevy’s and hotrods and knew his way around an engine. He will be missed by all who knew him but remembered for his take the shirt of his back attitude and his willingness to always help others. In addition to his parents he was predeceased by his sisters Arlene Pepper and Shirley Trembley. He is survived by his wife of 58 years Glenda Tilley of Greenwich; children Penny (Walt) Pitt of Boonville, Kathy (Jeff) Holcomb of Eagle Bridge, and Ray Jr. (Marsha) Tilley of Greenwich; grandchildren, Brad (Nicole), Gabrielle (Dylan), Whitley, Derek, Dylan and Ryann; great-grandchildren Veda, Aubrey, Axel, Kyle, Christopher, Raylan and Torbin; brother Thomas “Roger” (Carolyn) Tilley; sister Barbara Trombley; several nieces, nephews and cousins; special friends Gary Saunders and Mike Smith as well as numerous other friends and acquaintances. A funeral mass will be held at 11am on Saturday, February 15, 2020 at the St. Joseph’s Church, 35 Hill St, Greenwich, NY, 12834 with Rev. Martin Fisher officiating. A reception for family and friends will take place at the Greenwich Elks Lodge 2223, 130 Bulson Rd, Greenwich, NY, 12834 immediately following the mass. In lieu of flowers donation’s in Ray’s name may be made to the Rubin Dialysis Center Inc 59 Myrtle St, Saratoga Springs, NY 12866 or the American Diabetes Association at www.diabetes.org The family would like to the thank the staff and caregivers at the Ruben Center as well as Saratoga Hospital for their wonderful care of Ray. Online condolences and messages to the family may be made at www.flynnbrosinc.com