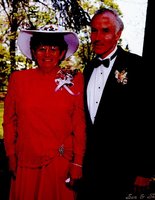 Long time resident of Greenwich, Thomas P. Cullen Jr. passed away at the age of 75 on Wednesday, April 15, 2020 at Saratoga Hospital following a brief illness. Thomas was born on September 12, 1944 in NYC to the late Thomas P. Cullen Sr. and Mary (Sheehan) Cullen. Tom served a short time in the United States Army after high school. He moved to upstate NY in his late twenties where he resided until his passing. He was dedicated to his career and family and was always willing to help whenever he could. Tom retired after 26 years from the Greenwich Central School in 2008, where he worked as a custodian. In addition to his parents he was predeceased by his 2 sisters and brother. Thomas is survived by his daughter Bridgett Cullen (Scott) of Greenwich; five grandchildren who he was blessed with, Alex Stevens (Angela), Emily Stevens (Michael) Chloe Stevens, Lillian and Nataly Knapp all of Greenwich; sister Margaret of NJ. Tom was also a big part of the lives of the Brockway Family in Greenwich. A funeral service will be held at the convenience of the family and announced at a later date. Online condolences and messages to the family may be made at www.flynnbrosinc.com