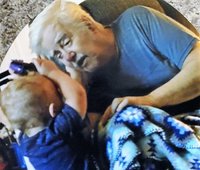 Paul Sargeant Sherwood, 80, a resident of Hudson Falls passed away Tuesday, April 28, 2020 at Glens Falls Hospital following a long illness. He was born December 19, 1939 in Boonville, NY, to the late Warren and Harriet (Sperry) Sherwood. Paul was a jack of all trades master of none, he had many jobs throughout his lifetime. He worked for the Gideon Putnam Hotel, Town of Cambridge, GE in Schenectady, Greenwich Central School and his last employment the Montcalm Restaurant in Lake George. He was a hard worker his entire life and in his free time he enjoyed bowling. His greatest pride and joy in life was his children, grandchildren and family whom he loved dearly. Survivors include his beloved children Ronda Sherwood of Fort Edward, Tonya, and Scott Sherwood of Hudson Falls; grandchildren Paige Neilson, Lita, Raymond, and Hudson Sherwood; former wives Nancy and Linda; brother Mark Sherwood; sister Linda Staten; several nieces and nephews. Services for Paul will be private at the convenience of the family. Donation’s in his memory may be made to the Fort Edward Rescue Squad, 75 Schuyler St, Fort Edward, NY, 12828. Online condolences and messages to the family may be made at www.flynnbrosinc.com