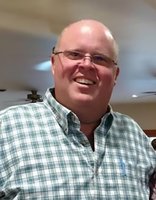 Todd L. Yaeger, 50, a resident of Duncan Rd., passed away unexpectedly Sunday, May 24, 2020 at his home. Born June 9, 1969 in Saratoga Springs, he was the son of Lawrence and Charlene Cramer Yaeger of Saratoga Springs. Todd was a graduate of Saratoga Springs High School and Hudson Valley Community College where he found his passion for manufacturing. He began working at Sandy Hill Manufacturing and was currently employed at AngioDynamics in Queensbury. He discovered his love of horses working with his father and grandfather at the harness track and then at Stepwise Farm in Saratoga Springs. He continued his love of horses and racing by becoming an owner, assisting with training, and sharing his passion for horses with his family. Todd was predeceased by his grandparents, Charles and Jeanne Cramer, Lucy Belle and Anton Yaeger; and his father-in-law, Edward Blonkowski. In addition to his parents, he is survived by his wife of 30 years, Nancy Yaeger of Gansevoort; 2 daughters, Stephanie and Morgan Yaeger of Gansevoort; his sister, Kelley (James) Weed II and their children, Collin and Madeline of Middle Grove; cousins, Sharon, Roy, and Ryan Cornelius of MA, Linda, Dan, Steven, and Greg Mohan of TX, and Gary and Wendy Craig of PA; sister-in-law, Joanne (Peter) Romano of Latham and their daughter Brittany (Jesse) Siminitz and great niece Eliose of VA;brother-in-law, Paul Blonkowski of FL; and his mother-in-law, Dolores Blonkowski of Ballston Spa. A private service for the family will be held at Flynn Bros. Inc. Funeral Home, 13 Gates Ave., Schuylerville. Burial will be in Prospect Hill Cemetery, Schuylerville. Memorials can be made in his memory to the Backstretch Employee Service Team of NY (B.E.S.T.), 2150 Hempstead Turnpike, Gate 6, Cottage 28B, Elmont, NY 11003 or at https://www.bestbackstretch.org/