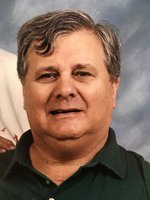 Charles “Chick” Trossbach, 73 of Saratoga Springs, New York, passed away on July 5, 2020 at Saratoga Hospital following a brief illness. He was born in Albany, NY on March 15, 1947 to the late Ellen Louise “Billie” (Ferguson) Trossbach and Charles William Trossbach. Charles was a 1966 graduate of Vincentian Institute in Albany, where he was a standout athlete. Chick held the Albany County record for fastest 100-yard dash, the 440 relay and also the indoor 60-yard dash. He played running back and defense for the VI football team which won the Diocesan League Champions in 1965. For his athletic achievements in high school he was inducted into the Bishop Magin/Albany High School Sports Hall of Fame in 2010. Following high school Chick enlisted in the US Army and served for three years including a tour in Germany and two tours in Vietnam, where he propelled his local military base football teams to many victories. In 1974 Chick began traveling the country with the trotters with the George Sholty stable. During this time, he cared for a two-year old pacer named Racy Raquel, which he always held dear and who become the dam of champion Charmanoftheboard ($1,342,823). After travelling with the grand circuit for several years he eventually returned to Saratoga Springs where he trained a small stable. He loved playing cards, golfing, fishing, and being with family and friends, but he especially enjoyed caring for and racing his horses. In 1981 Chick married his love Margret Smith in Saratoga Springs. In 1986 Chick was involved is a tragic automobile accident that left him partially paralyzed and wheelchair bound for the rest of his life. In 1991 he moved to North Port, Florida where he lived with his retired parents on Kenwood Drive until 2011. During his time in Florida, Chick and Billie loved going to the YMCA during the day and then to Bingo at night. During these years he would spend summers with his brother Alan in Clarksville, NY. In 2012 Chick and Billie relocated to The Atria Assisted Living Center in Albany NY where they lived until 2017, and moved to The Wesley Community Nursing Home in Saratoga Springs. Despite his infirmities and difficulties Chick always maintained a tremendous sense of humor, positive attituded about life, interest in horses, and above all love for his family. Whenever a horse raced well he would always ask “Who’s he by?” His parting comment were always “Don’t do anything I wouldn’t do” and “Don’t work too hard”. In addition to his parents, he was preceded in death by his brother Alan and step daughter Rachael. He is survived by four brothers, James (Sharon) of Albany NY, David (Barbara) of Westerlo NY, Paul (Valerie) of Preston Hollow NY, and Robert (Colleen) of Schuylerville NY; stepchildren, Eric Smith and Abby Smith. Flynn Brothers Funeral Home will coordinate a graveside service for the family at the Gerald Solomon Saratoga National Cemetery. In lieu of flowers, those who wish may send a remembrance in his name to the Saratoga Harness Hall of Fame, 352 Jefferson St. Saratoga Springs NY 12866.