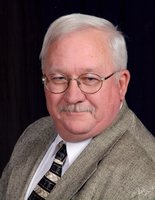 John Clayton Farndell passed away August 25, 2020 in Saratoga Springs, due to lung cancer. Born April 11, 1952 in Brooklyn, NY he was the son of George J. and Joan T. Clayton Farndell. John grew up in Oceanside, NY on the water where he loved to go fishing, dig for crabs and clams. He attended St. Anthony’s Catholic School and graduated from Oceanside High School. He then graduated from New York Institute of Technology and became an Architect. He was also dispatcher for Oceanside Fire Department. Passing his boards, he then started his career with different firms in NYC. He had a chance to work with one of his professors during the summers building homes in Bolton Landing. He loved it up here and decided to return and eventually got a job working for Warren County Planning. In 1990 he went to work for New York State Division of Housing Community Renewal where he oversaw the design and construction of 249 projects, 1,472 buildings and 16,591 residential units. He was very proud of the work he oversaw. John had also been a Boy Scout assistant leader when his son was in Boy Scouts. He participated in Career Day at Schuylerville School and Hudson Falls School. He loved to dress up as Santa and visiting Hudson Falls School where his daughter is a teacher. When his son was in the New York Army National Guard, John and Betty became part of The Coon Platoon, helping with our soldiers and their family needs while they were deployed. He was the Zoning Board Chairman for the Town of Greenwich for many years. Upon his retirement from the state, he became one of the caretakers at St. Joseph’s Church in Greenwich where he cherished the many friends he made. He also started the Geezer Lunch Group with his retired coworkers, which he enjoyed once a month. He also did architectural designs for several people in the area. He was always putting his handywork into the house. He lived in the house he loved and made it a better and safer place to live. In addition to his parents, he was predeceased by 1 brother, George Thomas (Tommy) Farndell; stepmother, Beryl Maureen Bittman Farndell; nephew, Erik Wagner; niece, Elizabeth Wagner; mother-in-law, J. Miriam Doner; and niece, Lorri Armstrong. Survivors include his loving wife, Betty Jo Doner Farndell, whom he said was his love and best part of his life, renewing their vows on their anniversary in 2018; son, Jason Farndell (Darcy Sabo); daughter, Jocelyn (Ben) Lawrence; stepsons, Allen Daniels, Norman (Lisa) Mullen Jr., Christopher (Tammy) Mullen Sr.; sister, Barbara (Rick) Wagner; brother, Rick (Gary Lavariere); stepbrother, Mace (Pam) Bittman; stepsister, Lauren Bittman; grandchildren, Jassie Farndell, Jacob Farndell, Jamie Sabo, Jadlyn Sabo, Austin and Ava Lawrence, Jasmine Daniels (Matt Bivens), Devin-Reece Daniels, Christopher Jr. and Reagan Jo Mullen, Bret and Daniel Hulett; great grandson, August T. Bivens; his aunt, Priscilla Farndell Haynes; along with numerous nieces, nephews, great nieces, nephews, great great nieces, nephews, cousins, and many good friends far and wide. Thank you to the Doctors and Nurses at Saratoga Hospital for the excellent care he received in ICU and A3floor. The family will celebrate a private Funeral Mass at St. Joseph’s Church in Greenwich. Burial will follow in Greenwich Cemetery. In lieu of flowers, please make donations in his memory to St. Joseph’s Church, 36 Bleeker St., PO Box 547, Greenwich, NY 12834, or the charity of one’s choice.