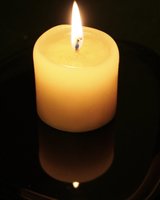 Donald E. Phair passed away Sunday, November 1, 2020 at Wesley Health Care Center in Saratoga Springs after a long illness. He was 88. During the Korean Conflict, Don served in the US Army at Camp Kilmer. He then studied at SUNY Plattsburg and became the Principal at Schuylerville Elementary School until his retirement. Don loved boating, snowmobiling and taking long walks with his dogs, Smarty, Tasha, Shannon, Candy and Jill. In addition to his parents, he was predeceased by his wife, Patricia Phair in 2015; and his sister. Survivors include his children, Joe and Jan Phair of Schuylerville, Kevin and Indy Phair of Plattsburg, Susan Phair of Connecticut, and Patti Phair of Schenectady. Due to the COVID pandemic, there will be no calling hours and the burial will be private at the Gerald B H Solomon Saratoga National Cemetery. Memorials in his name can be made to Community Hospice of Saratoga, 179 Lawrence St., Saratoga Springs, NY 12866.