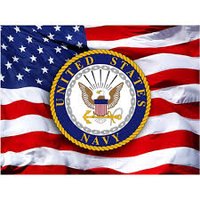 Donald L. Pearson, 68 a resident of Easton, passed away Sunday, January 10, 2021 at St. Peter’s Hospital after a long battle with heart disease. He was born on January 22, 1952 in Cambridge, NY, to the late Per and Phyllis (Snell) Pearson. Donald graduated from Greenwich High School in 1970, where he enjoyed playing football. He met a cheerleader at a dance from the opposing rival Schuylerville, Arlene Lyon. The football player and cheerleader would end up having two boys Donald S. and James and were happily married for the past 48 years. He loved his children and would do anything for them. After graduating high school, Donald went on to have a successful 20-year career in the United States Navy. After retirement, he worked as a mail handler for the Glens Falls Post Office. Donald was a good man, who was always passionate about what he believed in. Many good times were had with his family hunting and fishing. Hunting and fishing were truly engrained in his DNA and gave him great joy. Donald grew up on a farm and learned that hard work was the key to success. He will be missed by his family and all who knew him. He is survived by his loving wife of 48 years Arlene (Lyon) Pearson of Easton; children Donald S. and James Pearson of Greenwich; 2 grandchildren; siblings Gail, Scott, Marilyn, and Helene; special friends Dick “Bac” Bacon and Nancy Hastings. Due to COVID-19 funeral services will be private at the convenience of the family. Donation’s in Donald’s name may be made to the NRA at www.donate.nra.org or the Easton Fire Department, 11800 NY-40, Greenwich, NY, 12834. Online condolences and messages to the family may be made at www.flynnbrosinc.com