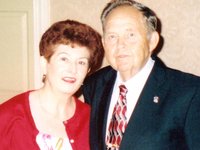 Marion A. DeHeer, 85, a longtime resident of Minnie Bennett Rd., passed away Monday, January 11, 2021 at her home surrounded by her family. Born July 10, 1935 in Victory Mills, she was the daughter of the late Arthur and Leontine Thivierge LaPierre. Marion was a 1953 graduate of Schuylerville Central School. She began her working career at the Harvey Company in Saratoga Springs, and also did some modeling for Stewarts Ice Cream, and George Bolster, modeling jewelry for many local store ads. She married her husband, David DeHeer Jr. January 22, 1956 and became a stay-at-home mom. She returned to work in 1974 at Mallinckrodt in Argyle. She retired from there after 27 years. During her retirement, she went on to work at the Carousel in the Wilton Mall, babysat for Charles and Margaret Kunzel in Saratoga Springs, and then worked at the Visitor’s Center in Schuylerville until it closed. She was a big supporter of The Schuylerville Black Horses. In addition to her parents, she was predeceased by her husband, David DeHeer Jr. in 2018; granddaughter Jessica DeHeer; and brother, Francis LaPierre. Survivors include her children, James DeHeer of Schuylerville, Linda (Larry) Cox of Hot Springs Village, AR, Daniel DeHeer of Tacoma,WA, John (Garifel) DeHeer of Simi Valley, CA, Nancy (Gordon) DeHeer of Littleton, CO, and Carol DeHeer of Schuylerville; grandchildren, Sonya Giglio, John DeHeer Jr., David Kosolkit, Sophia DeHeer, Lauren Wadsworth, Cole and Kyle McCoy, Michael and Wesley DeHeer; great grandchildren, Faith, Luke and Brett Giglio; her nephew, Stephen LaPierre; and several very close friends. A funeral mass will be held for family and close friends at Notre Dame-Visitation Church in Schuylerville. Burial will follow in the Gerald B.H. Solomon Saratoga National Cemetery. Memorials can be made to the Quaker Springs Fire Dept. Ladies Auxiliary, PO Box 67, Schuylerville, NY 12871 or the American Cancer Society, 1 Penny Lane, Latham, NY 12110.