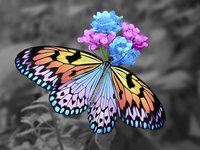 Anna H. Bierma, 88, a resident of Route 4S, Schuylerville, passed away Saturday, March 20, 2021 in Mansfield, TX surrounded by her daughters. Born May 27, 1932 in Stiens, The Netherlands, she was one of 9 children of the late Rudolf and Jikke Van Der Schaaf Brunner. She worked as a Housemother at Warmond College in the Netherlands. She moved to the United States in 1967, married her husband, Hans D. Bierma May 27, 1967 and helped him run the farm. She was a longtime member of the Old Saratoga Reformed Church in Schuylerville, a member of the YMCA in Saratoga Springs, and a member of the Hudson Mohawk Weavers Guild. She also enjoyed playing bridge. In addition to her parents and husband, she was predeceased by 3 siblings. Survivors include her 2 daughters, Rixt Bierma Clifford and husband, David of Carbondale, Colorado and Jikke Loughlin of Mansfield, TX; 6 grandchildren: Schuyler, Noah, Lucy, Miles, Sasha, and Hayden; 3 sisters, Tineke, Aafje, Rens; 2 brothers, Johannes and Rudolf and many nieces and nephews. A memorial service will be held at 11am Saturday,July 10, 2021 at the Old Saratoga Reformed Church in Schuylerville. Burial will be with her husband in Riverside Cemetery, Fort Miller, NY. Memorials in her name can be made to Old Saratoga Reformed Church, 48 Pearl St., Schuylerville, NY 12871.