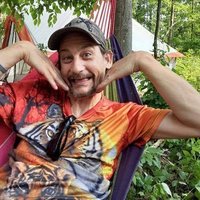 William J. Urban Jr., 55 a resident of Main St, in Greenwich, passed away unexpectedly Saturday, May 15, 2021 at his residence following a recent battle with cancer. He was born on November 7, 1965, in Teaneck, NJ, to the late William J. Sr. and Carol (Kennedy) Urban. William had an enormous smile and it shined bright whenever he was with his children and grandchildren. He mostly kept to himself, but in his free time he enjoyed playing video games and adventuring into the woods. He worked at the Saratoga Racetrack for many years until a horse accident placed him on permanent disability. William’s family always came first, and he loved making his famous mac and cheese for them. He also enjoyed pizza and lasagna. He surely will be missed by all who knew him. In addition to his parents, he was predeceased by his former wife Donna Urban and sister Karen. Survivors include his children, Ashley (Timothy Lockwood) Drew and their son Quinn J. Urban-Lockwood of Cohoes, NY, Brittany Urban and David Urban of Gloversville, NY; stepdaughter Lindsey (Samuel) Holmes and her children Logan Bounds, William Kelly, and Isabell Brown; stepson William J. Kelly and his 3 children Charles Wood, Thomas, and Anthony Kelly; brothers Steven (Michelle) Urban of Saratoga Springs, and Bobby (Holly) Urban of NYC; significant other Billie Jo MacWhinne; beloved cat Neakers, and best friend Tom Wagner. A memorial service for William will be announced at a later date. Online condolences and messages to the family may be made at www