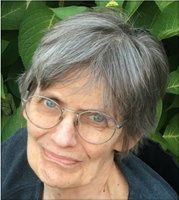 Beloved wife, mother and grandmother Virginia (Ginny) Tassi Degner, passed away on June 2, 2021, after a long illness. Ginny was preceded in death by her husband of 57 years, Carl, in 2019. Ginny was born on February 6, 1938, in New York City and raised in Tenafly, NJ. She graduated from Tenafly High School and later from Teachers College of Connecticut (now Central Connecticut State University). She then began a long and distinguished career as a teacher, starting in West Hartford, CT, and on to The Lasalle School, Shenendehowa and finally to Greenwich where she taught for 20 years. Carl and Ginny were married in 1962 in Newington, CT. Their lives together took them to Binghamton, Clifton Park and to Greenwich in 1976 to raise a family. During the early years, outdoor activities were constant: weekend trips cross-country skiing with family, and a passion for tennis as examples. Ginny loved music and made many trips to Broadway as well as to SPAC for the Boston Pops, NYC Ballet and Philadelphia Orchestra. Many will recall a camera ever present with her, and pictures of family and friends were always taken at any event. She had a special talent for capturing scenes from the natural world as well. A highlight in Ginny’s teaching career included organizing the student drama club and directing many school musicals that displayed her talent and passion for the arts. She was very proud of the connections she made with her students, and the lifelong impact she had on them. After retirement, Carl and Ginny devoted their time to St. Clements retreat programs as the Church was always an integral part of her life. Ginny did all this despite being diagnosed with Multiple Sclerosis 40+ years ago and never let that get in the way of using her abundant energy to enrich the lives of everyone around her. She always put her family and friends first. Ginny is survived by son Christopher (Mary) of Leawood, KS, daughter Karen Coon (Jared) of Wilton, NY, son Andrew (Amber) of Penn Yan, NY, and grandchildren Amanda Degner, Emily Galligan (Zak), Olivia Degner and Jacob Degner. She is also survived by her sister Eileen Tassi (Newington, CT) and brother Paul (Jeanne) Tassi of Orleans, MA. She also maintained a lifelong relationship with exchange student Mehmet Ozkurt of Istanbul, Turkey, and his family. Ginny was also preceded in death by her father Vincent Tassi and mother Eileen McCoy Tassi, as well as sister Joan Tassi Yonce. Calling hours for all family and friends will take place at the Flynn Brothers Funeral Home, 80 Main Street, Greenwich, NY, 12834 from 5 to 7PM on Wednesday June 16. A Funeral Mass of Celebration will be held at 10AM on Thursday, June 17, at St. Clement’s Catholic Church in Saratoga Springs. A graveside blessing will take place at Noon at the Saratoga National Cemetery, where Ginny will be interred alongside her husband Carl. In lieu of flowers, memorials can be made in Ginny’s name to the charity of your choice. Arrangements are under the direction and care of Flynn Bros. Inc. Funeral Home, 80 Main St., Greenwich, NY 12834. Online condolences and messages to the family may be made at www.flynnbrosinc.com