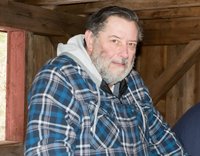 Gary Ordway, 75, a resident of route 29 in Greenwich, passed away Thursday, June 3, 2021 at his residence after a long battle with cancer. He was born March 6, 1946 in Huntington Station, NY to the late Walter Samuel and Wilma Deen (Ward) Ordway. Gary was born and raised on Long Island and moved to Greenwich in 2001 because it reminded him of his hometown. He loved Washington County, Adirondacks, and the surrounding areas. Gary was a master mechanic and carpenter who excelled as a small engine repair man. Gary found himself spending time after retirement working for the Battenkill Railroad, which he took great pride in. He passed the tradition down to his son “Chip”. He served his country proudly in the United States Army serving in the Vietnam War from 1965-1967. He was an animal lover and loved his family greatly. Give him a work bench, cup of coffee and a radio and he was in his happy place. In addition to his parents, he was predeceased by his wife Evelyn A. Ordway and brother Walter Ordway Jr. He is survived by his children Walter “Chip” Ordway of Greenwich and Valerie Ordway of Long Island, NY; brother Wayne Ordway; several cousins, and nephews. Services will be private at the convenience of the family. Online condolences and messages to the family may be made at www.flynnbrosinc.com.