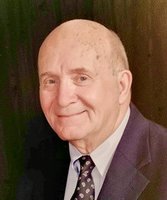 If you were to look up the phrase “small-town doctor,” you might just see a picture of Bill Carroll. He had an office on Main Street in Greenwich for 25 years, but you could just as easily find him paying house calls, or consulting with a patient after church. His patients always knew they could reach him if they needed help. He had an unmatched work ethic – rarely taking vacations – and only retired from his part-time job as Medical Director at CWI, in February 2021. He was a pillar of the local medical community for the last 40 years and an integral part of the Greenwich Medical Center fund-raising committee, among other contributions. Bill’s path to being a doctor wasn’t easy. Born to Arthur & Marion Carroll in Saratoga Springs in 1937, he graduated Spa Catholic in 1955 and went to Indiana Tech on a baseball scholarship, after taking a year off to save money. He figured he’d be a civil engineer because he didn’t have the money to get through medical school. Upon graduation, he worked for U.S. Steel for most of the 60’s, building missile silos in South Dakota, the Union Bank Building in LA, the Wells Fargo building in San Francisco, and the Astoria Bridge in Oregon among many other projects. It was during his time in the West that Bill stepped up his pursuit of Mary Ellen Kiley, a woman he had known since kindergarten. Her friends and family nicknamed him Lochinvar, as he would fly into town, in between projects to take her out and woo her. He won her in 1969, and swept her away to Pennsylvania, where he had begun taking undergrad courses to prep for medical school. He was finally pursuing his dream of becoming a doctor. While at Philadelphia College of Osteopathic Medicine they expanded their family with John, Anne & Jim arriving in quick succession before his graduation in 1974. Bill & Mary Ellen moved to Greenwich to raise their family in 1978. His family was everything to him - the reason he worked so hard was to give his children the choices he didn’t have when he started out. He was a strict disciplinarian with a heart of gold, determined to raise his kids to be successful in work and life. Among the many things he taught them were a sterling work ethic, being kind to people in trouble, and a loose sense of time where social engagements are concerned, especially in the morning. He had a deep well of kindness and generosity, sometimes hidden by a gruff exterior. He would give you the shirt off his back if you were in need (although even odds it was a Notre Dame T-shirt from 1995). He loved talking about his kids and grandkids. He loved talking, period. He was interested in people, and if you met him, you knew his curious nature – he wanted to know all about you before the conversation could continue. He loved Notre Dame football, betting the horses, and movies old and new. He delighted in all kinds of baked goods and wasn’t shy about asking patients and friends, to bring him ones he especially liked. (His detailed critiques and suggested improvements were just a bonus). He loved driving around town in his red truck, visiting with people along the way. And he loved Mary Ellen, and his son John, both of whom he has acutely missed since their deaths in the last 5 years. As he will now be missed by those who knew and loved him. Bill passed Saturday night at 84. He is survived by his children Anne and Jim, his daughters-in-law, Tracey, and Julie, and his five grandchildren: John and Julie’s daughter Elise, and Jim and Tracey’s children Spencer, Tristan, Porter and Carter. He is also survived by his brothers Art (Diana), Gerry (Daphne), and Pat (Carol), and his sister Ann, as well as extended family and many friends in the area. The family would like to thank all the friends, neighbors and medical community who helped look after him in this last year, with meals, rides, and other kindnesses, great and small. It was very much appreciated. Visitation for William will be held from 4-7pm on Friday, July 30, 2021, at Flynn Bros Inc. Funeral Home, 80 Main St, Greenwich, NY, 12834. A mass of a Christian Burial will be held at 11 am on Saturday, July 31, 2021, at St. Joseph’s Catholic Church, Greenwich, NY. Private burial for the Immediate family will follow in the St. Peter's Cemetery. Masks will be required for unvaccinated guests attending visitation and services, to follow COVID-19 guidelines. In lieu of flowers, memorial donations may be made to: Greenwich Interfaith Fellowship, P.O. Box 124, Greenwich, NY 12834; or Easton-Greenwich Rescue Squad, 441 State Route 29, Greenwich, NY 12834. Online condolences and messages to the family may be made at www.flynnbrosinc.com