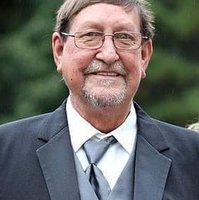 Steven “Mully” Mulrain, 68, passed away Saturday, August 14, 2021 at Saratoga Hospital. Born January 11, 1953 in Stillwater, NY he was the son of the late Richard and Edna Mulrain. Mully was a graduate of Stillwater High School. He began his autobody career at Gary’s Autobody in Stillwater. He retired in 2017 from Manhiem Albany in Clifton Park where he had worked for many years. He enjoyed NASCAR and watching his son Paul and nephew Brandon race on Friday nights at the Albany-Saratoga Speedway in Malta. He loved camping with his wife Alice and spending Saturdays in the garage with his best friend Mark. In addition to his parents, he was predeceased by his first wife, Wendy Mulrain and sister, Roxanne Mulrain. Survivors include his wife Alice Mulrain of Schuylerville; children, Michelle (Michael) Merrihew of Palm Coast, FL, Paul Mulrain of Ballston Spa, Melissa (James) Thompson of Corinth, and Gary Mulrain of Schuylerville; his sister, Linda (Wesley) Feathers of Saratoga Springs; brother, Howard (Candy) Mulrain of Colorado; his grandchildren, Christian, Hailey and Emma Mulrain, Nicholas Holmes, and Sadie Merrihew; as well as several nieces and nephews. A funeral service will be held at 10am Friday, August 20, 2021 at Flynn Bros. Inc. Funeral Home, 13 Gates Ave., Schuylerville, NY. Burial will follow in Prospect Hill Cemetery, Schuylerville. Friends may call on Thursday from 4-7pm at the funeral home. In lieu of flowers, please make donations in his memory to the Saratoga County Animal Shelter, 6010 County Farm Rd., Ballston Spa, NY 12020.