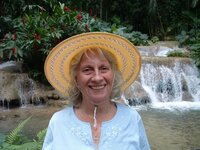 Iva Marie (Grandizia) Parisi, 95, passed away peacefully, on Thursday, October 7, 2021, at The Pines at Glens Falls. Iva was born in Lima, NY, the daughter of the late Pasquale and Della (Giroux) Grandizia. Iva grew up in Saratoga Springs, NY and attended Saratoga Springs schools. At the age of ten, Iva met Ralph Parisi, her next-door neighbor. She told her mother that one day she would marry him. Thirteen years later Iva and Ralph were married in Saratoga Springs. Ralph and Iva shared 53 years of marriage prior to his passing. Iva was employed for many years at Thompson Laundry and as a server at the Starting Gate Restaurant. After the birth of her first son, Iva dedicated herself to being a full-time homemaker, a role she cherished immensely. Iva was a dedicated, loving wife and mother, who enjoyed spending time with her family. The Christmas holidays were her favorite time of year. Iva and Ralph celebrated the traditional Italian Christmas by cooking seven seafood dishes. After all was done on Christmas Eve and the children in bed, Ralph and Iva went to work. They quickly and quietly brought the Christmas tree inside, decorated the tree, filled stockings, and placed the presents under the tree, all before the boys woke up the next morning. After her children grew up and moved out of the family home Sunday dinners became her favorite time with her children and grandchildren. Everyone would come together, to enjoy traditional Italian dishes prepared by Iva. She enjoyed playing cards, putting puzzles together, collecting Precious Moments figurines, and getting ready for the Christmas holiday. Iva was a communicant at St. Peter’s Catholic Church in Saratoga Springs. In addition to her parents she was predeceased by her husband Ralph J. Parisi and her brother Dennis R. O'Brien. She is survived by her three sons: Ralph J. Parisi and his wife Judith Gentleman of Conway, SC, Joseph M. Parisi Sr. and his wife Mary Ann of Saratoga Springs, and Anthony J. Parisi of Saratoga Springs; grandchildren, John Dyette, Joshua J. Parisi, Nicholas R. Parisi, Joseph M. Parisi Jr., and Timothy R. Parisi; great-grandchildren, Brady Stark, Lindsey Dyette, William Parisi, Violet Parisi, Genivive Parisi, Victoria Parisi and Vivian Parisi; step-sister and very dear friend, Angelina DiMeglio. A funeral service will be held at 10am on Tuesday, October 12, 2021, at Flynn Bros Inc. Funeral Home, 13 Gates Ave, Schuylerville, NY, 12871. Interment will follow her service at 11am in the Gerald BH Solomon Saratoga National Cemetery. Family and friends may call from 12-2pm on Monday, October 11, 2021, at the funeral home. In lieu of flowers, donations may be made in her name to the St. Jude Children’s Research Hospital, 501 St. Jude Place, Memphis, TN, 38105. Online condolences and messages to the family may be made at www.flynnbrosinc.com