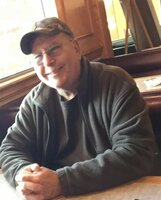 Gary W. Phillips, 73, of Schuyler Street, died Saturday October 23, 2021 at Saratoga Hospital after a long illness. Gary was born in Troy, NY on September 22, 1948 to Catherine and S. Howard Phillips and was raised in Mechanicville, NY with his sisters Pam and Karen. Gary began his working career as a machinist working for GE in Schenectady for 2 years before joining New York State Electric and Gas. Gary was a proud member and Vice President of IBEW 1143 during his 45 year career at NYSEG. Gary was a resident of Schuylerville for nearly 50 years, raising his family and active in the community. He served as coach and treasurer for the Old Saratoga Athletic Association. He cherished his time as a member of the Victory Mills Fire Department where he was a firefighter and served as Vice President. He loved to spend time at the Fish Creek Rod and Gun Club where he was a member and served as treasurer. He was also a faithful blood doner for The American Red Cross and a life member of The Benevolent and Protective Order of Elks where he served as treasurer of Lodge 1403. Gary will be remembered as a gentleman. He deeply loved his children and grandchildren and took great pride in everything that they have achieved. He will be remembered for his quick-witted sense of humor, humble nature, and stoic personality. He loved spending summers at Summit Lake in Argyle and always cherished the friendships he made there. He loved to spend time working in his shop. Gary could fix almost anything and was very resourceful. He was always available to help with home projects or renovations. In recent years, he loved to watch sports – especially NY Liberty WNBA, UCONN Basketball and the NY Giants - with Scott, Chrissie, and Stephanie. Gary was predeceased by his parents S. Howard Phillips and Catherine L. Phillips. He is survived by his sisters Pam Strianese of Clifton Park and Karen Lloyd of Mechanicville; his daughter Tammey and son-in-law John Barber, his son Scott and daughter-in-law Patricia Phillips, his son Jamie and daughter-in-law Toni Woodcock, his daughter Christina and son-in-law Christopher Merrill and daughter Stephanie and son-in-law Todd Comtois, all of Schuylerville. He is also survived by his grandchildren, Colton, Logan, Benjamin, Hunter, Raegan, Luke, Joshua, Madelynn, Abigayle, Bailey, Carter, Ava and Clayton. Friends and family may call Friday, October 29, 2021 from 5 to 7pm at Flynn Bros. Inc Funeral Home, 13 Gates Avenue, Schuylerville. A funeral service will be held at 12 noon Saturday, October 30, 2021 at the Schuylerville United Methodist Church, 51 Church St., Schuylerville followed by burial service at Prospect Hill Cemetery. In lieu of flowers, donations can be made to the Victory Mills Fire Department, PO Box 78, Victory Mills, NY 12884.