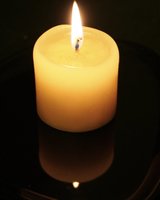 Theresa G. Zerwick, a longtime resident of Church Street in Schuylerville, passed away Wednesday, December 22, 2021 at Washington Center in Argyle. Born August 7, 1927 in Northumberland, NY Theresa was the daughter of the late Herbert and Orlean Seney Obie. After graduation from Schuylerville Central School, Theresa decided she would like to pursue a career as a dietician. She borrowed $100 for tuition from her brother to attend SUNY Canton and went on to be the first in her family to earn a college degree. While at Canton, she was lucky enough to meet an instructor, Mrs. Inez Butterfield, whose mentoring enabled Theresa to become successful in her chosen field. Theresa worked at Gowanda Indian Reservation, Samaritan Hospital and Saratoga Hospital as a dietician. While working at Samaritan Hospital, she met a young sailor just home from World War II, and it was pretty much love at first sight. Theresa and Ray married on September 4, 1949 and celebrated their 71st anniversary before his passing last year. After her children were school age, Theresa worked as the cafeteria manager for Schuylerville Central School for 25 years, enjoying the progression of students as they transitioned thru grades K-12. She finished her career working as the cafeteria manager at Cambridge Central School, and got to enjoy seeing her grandchildren every day until her retirement. She and Ray then spent 15 years at New Smyrna Beach, Florida and always cherished their fond memories of that time. She loved the Schuylerville school, community and the Notre Dame-Visitation Church where she was baptized, married, and a faithful parishioner for her entire life. She was a member of the Ladies of St. Anne Rosary Society, Schuyler Hose Co. Ladies Auxiliary and the Monday Night Card Club. In addition to her parents, she was predeceased by her husband Raymond J. Zerwick; her siblings Doris Murphy, Victoria Runnels, Richard, Bert, and Russell Obie and all their spouses; and her son-in-law Fred McGreevy. Survivors include her son, Timothy J. Zerwick of Schuylerville; her daughter, Peg McGreevy (Ed Grow) of Flagler Beach, FL; grandson Timothy McGreevy, and Tracey (Scott) Cranston, Paul (Jenna) McGreevy, Joseph (Trudy) McGreevy; as well as several nieces and nephews. A funeral mass will be celebrated at 11 a.m. on Thursday, December 30, 2021 at Notre Dame-Visitation Church, 18 Pearl Street, Schuylerville with Rev. Martin Fisher, officiating. Burial with her husband Ray will be held in the spring at Saratoga National Cemetery. In lieu of flowers, please make donations in Theresa’s memory to Notre Dame-Visitation Church. The family would like to thank the gracious and hard-working staff of Washington Center’s Memory Care Unit for their excellent care of our Mom during the past few years. It is greatly appreciated.