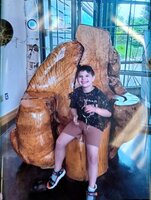 Onnex Charles Hall, aged 6, passed away on Sunday, July 10, 2022. Onnex was born September 1, 2015, in Troy, NY. Though his time in this world was short, Onnex touched many lives and was loved deeply. His memory will be cherished forever.

Onnex is survived by his parents, Chris and Kathy Hall, his grandmother Philomena Hall, his sisters Donna Gillis Gray (Robert), Rachel Roberts-Hall (Trever Rose), and Sara Hall; his brothers, Sean Hall, Michael Christopher Hall and Chris Gillis; and his cousins Logan, Avalia, Hayden and Hadley as well as many aunts, uncles and cousins. He is also survived by his Crossroads Center for Children family, where he was a student, along with his favorite teacher Ms. Victoria. He was predeceased by his grandparents Herbert and Elise Roberts and James Hall.

Onnex was an inquisitive and active child.  He loved macaroni and cheese, riding ATV’s, going on adventures with his family and riding the bus with Jessica, Richard and Laura. Anything he could shake had his immediate attention and keys were his favorite. Onnex loved his Woody doll and had many in his collection. He enjoyed wearing hats making them out of anything.  Onnex was filled with joy and found happiness in everything around him.

In lieu of flowers, donations can be made to the Crossroads Center for Children, 1136 N Westcott Rd. Rotterdam, NY.