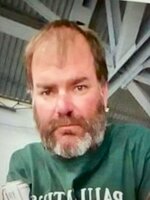 Born August 19, 1971 in Cambridge, NY he was the son of Alma McInerney and the late William McInerney.

Tim graduated from Cambridge High School in 1990. He attended Paul Smith’s College where he graduated in 1992.  Following in his father’s footsteps, he was employed at the New York State Canal Corporation.

Tim loved his family and was an excellent cook.  If Tim was cooking for an occasion you always knew there would be leftovers with the abundance of food he made.  He was a volunteer fireman and member of the Rod & Gun Club where he helped with many functions.

He will be sorely missed by his family and many friends.

Burial will be at the convenience of the family in St. Patrick’s Cemetery, Cambridge, NY.

Memorials in his memory can be made to the David Nevins Fire Department or the Fish Creek Rod and Gun Club.