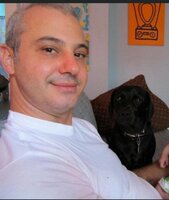 It is with deep sadness that we announce the unexpected passing of Paul Lewis Duane on November 17, 2022.

Pauly was born in Saratoga Springs on February 19, 1973. He loved Saratoga and was immersed in the Saratoga sub-culture. Pauly was born with a unique sense of style which imaged one of his favorite punk rock bands Black Flag but could always rock a suit. During his youth he worked as a groom at the Saratoga Racetrack. When he wasn’t working, he could be found at the skateboard park or crashing a Skidmore College party rolling their keg down Lake Ave. He was so good at skateboarding that he was known as the `Legendary Pauly D.’ He also worked at local restaurants as a cook and then proudly brought his skills home to create gourmet meals for his family. He had a keen eye and skill for art and carpentry, and with those abilities he ventured off to NYC and then on to Miami.  While in Miami, he became a father, one of his proudest moments of in life.

He eventually moved back to NY and settled down on “Duane Mountain”. He worked with one of his dearest friends Jose Pinedo. Pauly’s main focus from there on out was his sweetest prized possessions, his children Ava and Darby Duane. They were his world and always will be.

A Celebration of Life will take place at Desperate Annie’s, December 4, 2022 at 4pm.

All are welcome. All the family asks is, that you bring a Pauly story.