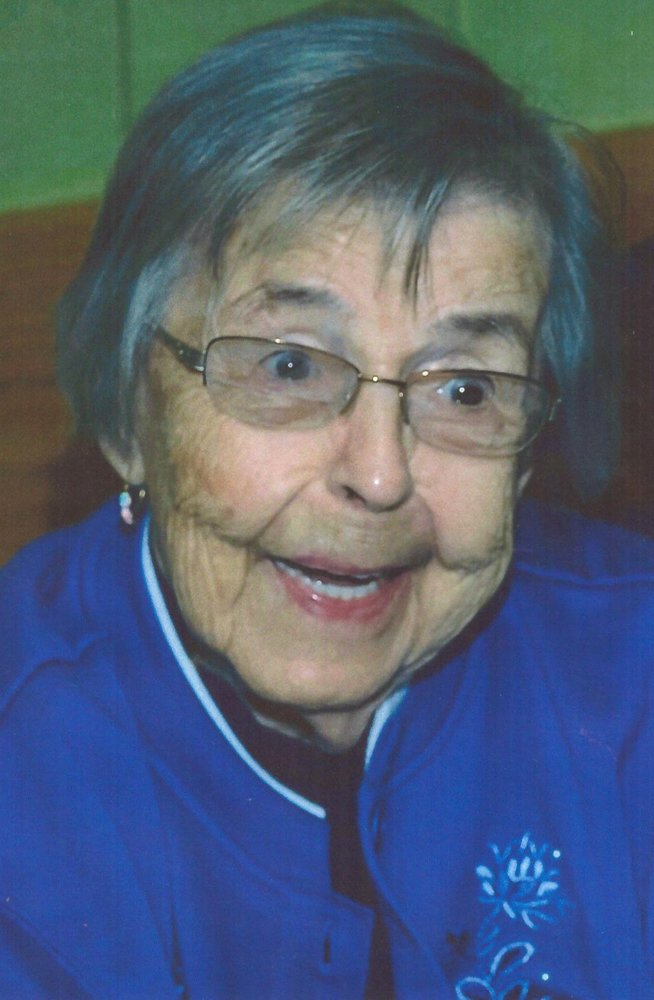 Marjorie Boyce was called to her Heavenly home on Saturday, July 6, 2019.

Born October 23, 1918 in Schuylerville, she was a 1936 graduate of Schuylerville Central School and a communicant of Notre Dame-Visitation Church for her entire life.

She studied nursing from 1940-1943 at Providence Division of Catholic University in Washington, D.C.  She married Spencer Boyce Jr. in September of that year and they were happily married for 48 years until his death.  They had two children, Spencer J. Boyce III in 1944 and Bonnie in 1946.

Marjorie was the school nurse teacher for Stillwater Central School for many years.  She was always very proud to tell people that she was an “old retired RN”.  Being very creative, she enjoyed many years of knitting, creating ceramic pieces, making beautiful hooked rugs, and rooting for the New York Yankees.

At her request, there will be no calling hours.

A funeral mass will be celebrated at 9:30am Wednesday, July 10, 2019 at Notre Dame-Visitation Church, 18 Pearl St., Schuylerville with Father David Blake OFM officiating.  Burial will follow in Notre Dame Cemetery. Family and friends are invited to a celebration meal at the American Legion Hall on Clancy St. following the service.

The family would like to give special thanks to Marge’s at-home care givers, Sherry and Rosemary, and the staff at The Pines who treated her with care and dignity.  Thanks also to her Wednesday afternoon helper, Alma.

In lieu of flowers, please make donations in her memory to Notre Dame-Visitation Capital Campaign Fund or to Schuyler Hose Company.

Share Your Memory of
Marjorie
Upload Your Memory View All Memories
Be the first to upload a memory!
Share A Memory
Send Flowers