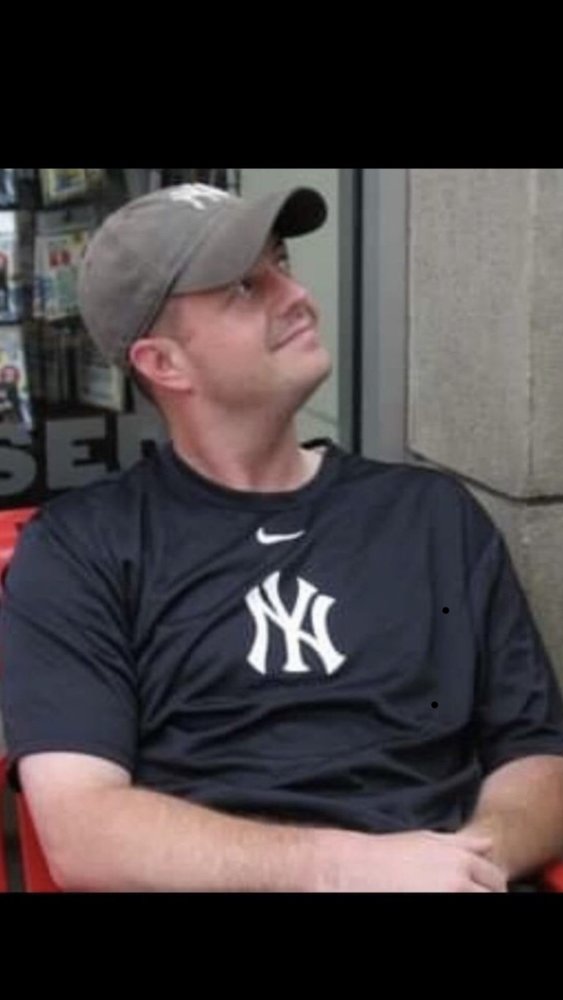 Born May 18, 1976 in Cambridge, NY he was the beloved son of Thomas and Christine Garrett Ellis Sr.

Ben was a 1994 graduate of Schuylerville Central School where he participated in basketball, baseball, and football.  He was also a graduate of SUNY Albany and was currently a History Teacher at Minnechaug High School in Wilbraham, MA.  In addition to teaching, he coached golf, baseball and basketball.

Ben was an experience seeker and enjoyed life to the fullest.  He was an avid golfer, and both NY Yankees and Dallas Cowboys fan.  One of his favorite pastimes was participating in Karaoke when allowed, and singing “Jessie’s Girl”. He had an infectious laugh, was a friend to all he met, loved by many family members,  friends, and his school community.

A reception will be held at the American Legion Post, 6 Clancy St., Schuylerville from 4-8pm following the visitation.

Memorials can be made in Ben’s name to the ALS Foundation in memory of his mentor and friend Patricia Mary Hogan-Cerasuolo from Minnechaug High School and or the American Cancer Society in memory of his student Ryan Doyle.

Share Your Memory of
Benjamin
Upload Your Memory View All Memories
Be the first to upload a memory!