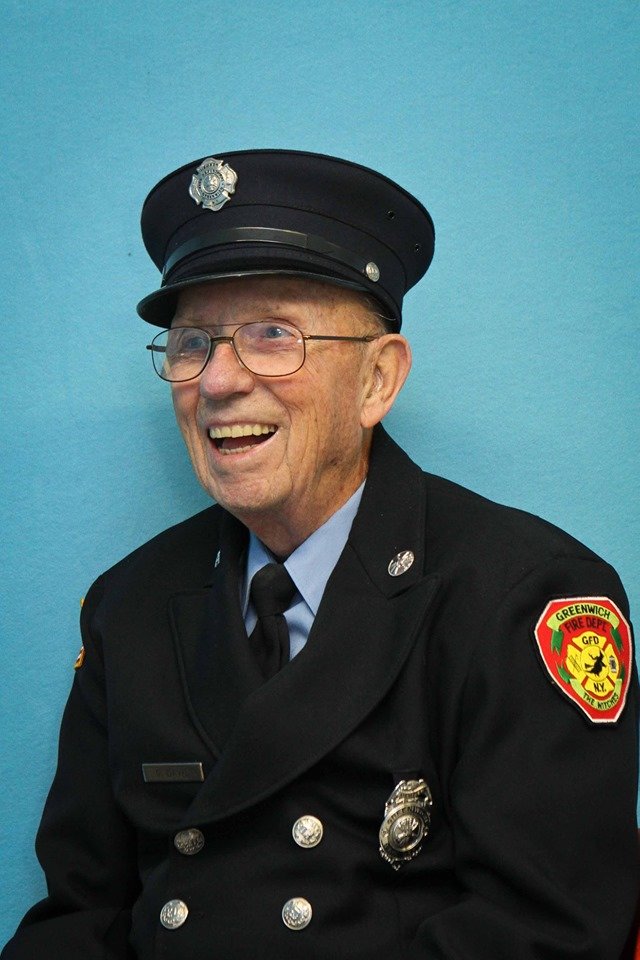 Gordon W. Davis, 89, well known to all in the Greenwich community as “Gordy” passed away peacefully Sunday, September 8, 2019 at the Fort Hudson Nursing home with his loving family by his side.

He was born March 24, 1930 in Brooklyn, NY to the late Albert and Marion Priestnall Davis.

As a boy he worked for his dad at the family gas station.  He attended Brooklyn Tech High School where he learned the auto trade.  After graduation in 1949 he began working for the New York Telephone Company where he retired in 1991 after 43 years of service.

In 1970 he moved to Greenwich with his family and they restored an old farmhouse where they would grow up together.   He was very active with the kids, coaching local baseball and softball teams, hauling horses to various shows and yelling at football referees! on Saturday afternoons.

Gordy was super handy and could fix anything!  He was also known fondly as the telephone man.  Along with Kevin Shephard, together they founded the MacBoston Memorial Truck 18 in 1995 and spent countless hours fixing fire trucks, fundraising and attending events.  He was a member of the Greenwich Fire Department Fire Police.

Gordy loved to travel and enjoyed his annual trips driving to Florida.

In addition to his parents, he was predeceased by his wives, Winifred Betty Davis in 2004 and Veronica Davis in 2019; son Edward Davis in 1979; brother Ronald Davis in 2011.

He is survived by his loving children, William Davis of Eagle, CO, Elizabeth Davis of Long Beach, NY and Susan Hall of South Glens Falls; he was affectionately known as "Ba" to Kayla Goman of Long Beach, NY, Gabrielle and Paige Hall of South Glens Falls, Kiernan and Minna Davis of Eagle, CO,; sister and brother-in-law Marilyn and John DeVeau of FL; several nieces and nephews and his best friend Kevin Shephard with whom he shared many crazy adventures together; step-daughter Wendy (Phil Anderson) St. John of Greenwich, step-grand-children Phillip Anderson, Sonya Daniels, and Monica Walsh.

The family would like to thank the staff at Fort Hudson Nursing Home G Wing for their excellent care of Dad.

Graveside services will be held at 12:30pm Friday, September 13, 2019 in the Greenwich Cemetery, County Rd 52, Greenwich, NY, 12834 with the Rev. Martin Fisher officiating.  A celebration of his life will take place immediately following the burial at the Middle Falls Fire Department, Route 29, Middle Falls, NY.

Family and friends may call from 10-12pm prior to graveside services at the Flynn Bros. Inc. Funeral Home, 80 Main St, Greenwich, NY, 12834.

In lieu of flowers, donations in his memory may be made to the MacBoston 18 Truck Fallen Firefighter Memorial at www.macboston.com.

Share Your Memory of
Gordon
Upload Your Memory View All Memories
Be the first to upload a memory!
Share A Memory
Send Flowers