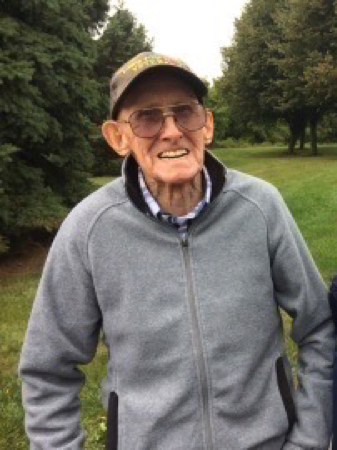 Obituary of Armond A. Brown

A local artist recognized by American Artists of Renown, Armond Arthur “Art” Brown, passed away Sunday, September 29, 2019 at Glens Falls Hospital. He was 94. Born May 8, 1925 to Ernest J. and Edith Seney Brown, he was one of six siblings. Brothers O’Neil, Louis, Henry, sister Almena V. Hathaway and his wife, Geraldine Rea Brennan (of 46 years) all predeceased Armond. He was also predeceased by two Great Grandchildren: Jada and Brayden. His youngest brother, Richard, and many cousins, nephews, and nieces survive him.

Armond lived life with gusto, firm resolve and strong convictions -be they popular and widely held- or not. He entered the Merchant Marines in his teens and later served in the United States Army. Armond participated in community life as a member of the Green Sabers Marching Band, American Legion, Knights of Columbus, as a 4H leader (with his wife Geraldine). He was an active member/volunteer/ communicant of the Notre Dame –Visitation Church. He enjoyed maintaining his home, “The Point,” a great fishing spot. He will be widely remembered for his dedication and enjoyment in monitoring the safety of local boat traffic and fishermen.  For many years he organized a yearly art show on the grounds of the Phillip Schuyler House. He loved showing and creating art and produced many works in different mediums.

In his professional life he was a draftsman, designer and engineer for American Locomotive/General Electric, The Trimbey Corporation, Broughton Company, and Albany Engineering Systems.  Armond held many patents and contributed to designing numerous military and technological systems.

There will be a Memorial Mass at the Notre Dame-Visitation Church, Pearl Street, Schuylerville at 10:00 am on Wednesday October 9th followed by interment with full Military Honors at the National Cemetery.  Family and friends are invited to join the family to gather for light refreshments and the sharing of memories in the basement of the Notre Dame-Visitation Church following interment.

The family suggests donations in lieu of flowers be made to The Alzheimer’s Association – NENY Chapter.

Share Your Memory of
Armond
Upload Your Memory View All Memories
Be the first to upload a memory!
Share A Memory
Plant a Tree