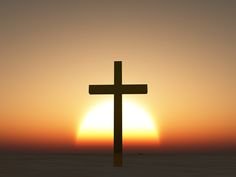 He was born March 25, 1942 to Walter Couser Sr. and Julia Petteys Couser Doescher, and graduated from Greenwich Central School with the Class of 1960.  He was a long-time member of the Schuylerville Green Sabres Drum and Bugle Corp.  He enlisted in the US Air Force after graduation, serving as an Air Traffic Controller. He retired from the military after 20 years and then worked for Washington County Services as a dispatcher at the control center for over 20 years.  He was an active member of the VFW Post #7291 in Greenwich.

In addition to his parents, he was predeceased by his step-father, Merritt Doescher and brothers, Walter and Rodney Couser, and sister Sally (Filion) Beadle.

A graveside service will be held at 9:30am Tuesday, November 26, 2019 at the Gerald B.H. Solomon Saratoga National Cemetery in Schuylerville with Rev. Janet Vincent, officiating.

Doug’s family wishes thank Jack and Marcia Blake and Jeannie and Mike Pemrick for all the assistance they have provided.

Services for Douglas Couser
There are no events scheduled. You can still show your support by planting a tree in memory of Douglas Couser.
Visit the Tribute Store

Share Your Memory of
Douglas
Upload Your Memory View All Memories
Be the first to upload a memory!
Share A Memory
Plant a Tree