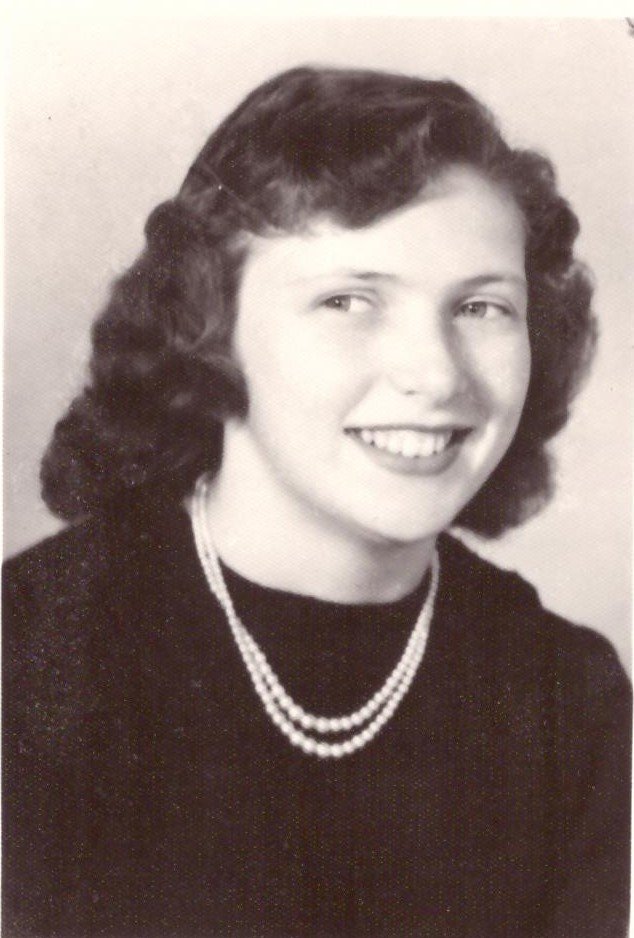 Josie was born in Saratoga in 1936 and was a lifelong resident. She graduated from Schuylerville High School, Class of 1953, where she not only excelled in the classroom, but athletics as well.  She was a four sport athlete, competing in Cheerleading, Field Hockey, Basketball, in which she had a nasty hook shot, and Softball.  Upon graduation, she worked for the Blandy Paper Company in Schuylerville for about 12 years, and then transitioned to focusing on raising her five boys and all of their activities and endeavors.

Josie was known for her love and commitment to her family including her husband, children, grandchildren, great grandchildren, siblings, in-laws, and nieces and nephews. She was the happiest when the whole family was together – gatherings at holidays, family picnics, intense family volleyball games, weddings, or just sitting around sharing stories of her siblings, the farm, her parents, and laughing about the past. Josie passed her competitive spirit, including love for sports, and desire to achieve to her family. Over the span of her lifetime, alongside her husband John, she would attend a countless number of games, school events, plays, musicals, or anything her kids, grandkids, or great-grandkids were involved in. No distance was too far for them to travel for her family. Her other interests included dancing, lunch get togethers with her family, shopping with her family and an occasional visit to the Racino.

Josie was an active member of her church and community.  Her commitment to God and the Catholic Church was core to how she lived her life, treated others, and the foundation of all the good things she did for her family and the community. She served on the board of the OSAA Baseball program with her husband John for a number of years. Their goal was to make the game of baseball fun for all, and give every kid the opportunity to succeed and grow in the sport.  Josie was also a member of the Schuylerville Booster Club, raising money for our school sports programs.  In addition, Josie served on the Schuylerville School Board from 1981-1991, upon which she was an avid advocate for the development of programs to advance all students.

Josie was an outstanding person, friend, sister, aunt, mother and grandmother who will be greatly missed.  She always saw the best in all of us, pushed us to be better, and wanted nothing but the best for us in life. She has touched so many lives during her 83 years and we thank her for the memories she has given us.  Her tremendous smile, laugh, compassion and spirit will always be with us forever.

A funeral mass will be celebrated on Tuesday, December 3, 2019 at 9:30am at Notre Dame-Visitation Church in Schuylerville, NY.  Burial will follow in the Gerald BH Solomon Saratoga National Cemetery at 11am.

The family would like to extend a special thank you to the nursing staff at Albany Medical Center for their kind and compassionate care.