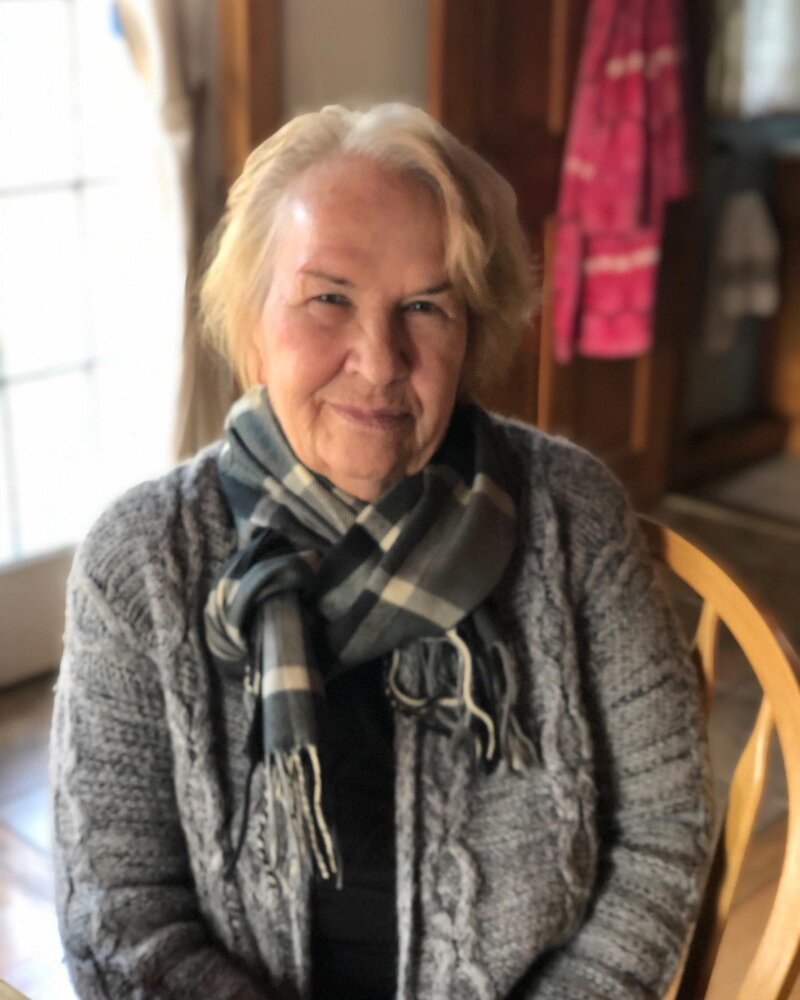 Bonnie Lynne (Hooker) Ballone, 74, of Quaker Springs, NY, passed peacefully onto her next adventure, on Friday, May 6, 2022, surrounded by those who loved her. Her daughter, Shelise Kramer and her husband, Casey Jones, have been exemplary caregivers who allowed her to remain at home during her long illness. Their devotion enriched her quality of life and maintained her independence as long as possible. It was an inspiring testament to the power of unconditional love.

She was born a sweet and adventurous spirit on December 25, 1947, in Glens Falls, NY, to Kenneth Coulter and Metta G. (Fowler) Coulter.  In August of 1957 Metta married Edward Charles Hooker and together they raised Bonnie in Schenectady, NY. She graduated from Linton High School and was an active member of the gymnastics team. Later she worked for the New York Telephone Company as a service representative where her sense of humor endeared her to co-workers as well as customers.

She raised a son, James Ballone in addition to her daughter, Shelise. Bonnie’s delightful smile, gift of hospitality, infectious sense of humor, love of racehorses, shopping, gardening, passion for dancing and Saratoga life, artistic eye for fashion and design, quiet abiding strength and endless ability to accept life on life’s terms endeared Bonnie to those who knew her. She was better at forgiving than most of us, since she knew that holding onto resentments, only separates us all from healing.

In addition to her parents, she was predeceased by her second husband, John Richards; her maternal grandparents, Walter B. and Chrystean Fowler; paternal grandparents, Robert and Nellie Coulter, uncles: Reverend Carl Geores, Richard Philo and Aunt Louise Cronkhite and her sister-in-law, Michelle (Mickey) Hooker.

Left to cherish her memory are her daughters, Shelise Kramer and her husband, Casey Jones of Saratoga; Denise Foley and her husband Dave; her first husband, Louis Ballone and son James Ballone of Florida; her brothers K. Larry Hooker of Saratoga and Christopher R. Hooker of California; her grandchildren, Zachary, Sarah and Karissa Olsen, Codie Brown and his wife Shannon, Bryson Jones and her great-grandchildren Zane and Elijah Olsen and Kaia and Carter Brown (all of whom affectionately referred to her as Mimi); two adoring aunts, Melva Geores of Maine and Marian Philo of Queensbury, and several nieces, nephews, cousins and their respective families. She also leaves behind an especially close and irreplaceable cousin, Cathy McDowell, of Queensbury.

Bonnie would like to acknowledge her long-lasting and unwavering friendships with Charlene Blanchard, Donna Ballone, and Serge “Joe” Perras all of whom, have always remained dear to her.

Bonnie’s family would especially like to thank Dr. John Pezzulo and the staff at The Community Hospice of Saratoga County for the compassionate comfort and care they provided to Bonnie in her home as she transitioned. They honored her dignity in life as well as in her death. Additional thanks to Doctors Manual Astruc, Amy Hogan-Moulton and Victoria Philips, FNP for their continuous devotion and care for many years. We also extend a special thanks to Saratoga County Deputy Sheriff Jason Lange and Project Lifesaver for all the support provided.

To honor Bonnie’s wishes there will be no calling hours and the family will be having a private Celebration of Life in Pemaquid Point, Maine on May 22nd. Bonnie will be interred with her parents at Saratoga National Cemetery at a later date. In lieu of flowers, please support and donate to an organization of your choice that promotes healing, reconciliation and forgiveness. Each one teach one.

Share Your Memory of
Bonnie
Upload Your Memory View All Memories
Be the first to upload a memory!
Share A Memory
Plant a Tree