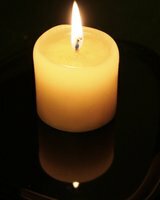 Born September 8, 1938, in Troy, NY he was the oldest son of Raymond A. and Jennie Flanders Aldrich Phillips.  Herb lived most of his life in Stillwater (Saratoga County), NY with his sisters and younger brother.  Herb graduated from Stillwater Central School and shortly after was drafted into the US Army from which he received his honorable discharge in 1961.

Herb returned to the family farm and was soon thereafter hired by the former Victory Packing, in Victory Mills following the footsteps of his maternal grandfather and an uncle, working there until the mill shut down at which time he retired and spent his remaining years on the farm producing maple syrup and growing vegetables which he shared with many.  He also enjoyed attending Blue Grass Music Festivals in Upstate NY and surrounding states.  He was a season ticket holder for the RPI Hockey Team until the last few years.  He was an avid NY Yankee and NY Giants fan, you would often find him listening to these games on the radio rather than viewing on TV.  One of his biggest joys was hosting his siblings and families on visits from out of state and attending the county fairs with nieces and nephews.

Following his father’s death in 1964 Herb was the caretaker for his Mother as other siblings left the household until her passing in 1994, then continued to volunteer for the numerous Aunts, Uncles and others doing a vast array of tasks.  When weather permitted, he enjoyed walks in the Saratoga National Park, as well as weekly visits to the Gerald B.H. Solomon Saratoga National Cemetery where many members of the family are buried for which he knew every grave location.  Herb was a great supporter of the annual Wreaths Across America project, helping to place wreaths for many years.

Survivors include sisters, Elizabeth M. Hurley, Alice P. (Stanton) Bentley, Dorothy E. (Joseph) Young, and Ruth Mandigo; sister-in-law, Gail Phillips; and beloved numerous cousins, nieces, nephews, great nieces and nephews with whom he shared many farm stories and was most willing to lend a helping hand when asked.  These younger members of Herb’s extended family will continue to cherish and share those memories.

Burial will follow in the Gerald B.H. Solomon Saratoga National Cemetery at 2:30pm

Memorial donations can be made in his memory to the Honor Guard or Wreaths Across America in care of the Gerald B.H. Solomon Cemetery, 200 Duell Rd., Schuylerville, NY 12871.