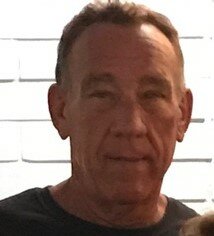 Michael “Scott” Ash, 65, a resident of Argyle, and a former longtime resident of Greenwich, passed away unexpectedly Wednesday, September 14, 2022 at Glens Falls Hospital.

Born January 27, 1957 in Wilmington, Delaware, he was the son of the late Rodger and Katherine McClure Ash.

Scott was the co-owner of Belt Dewatering Press in Greenwich for many years before he retired in 2019.  Recently, he spent most of his time building his new home in Argyle with his wife Sharon.  He was an avid outdoorsman and enjoyed boating and snowmobiling. He frequently started his day at Stewarts with the guys.  He had many good friends, loved his dogs Kaige and Macy, and bird Simon.

In addition to his parents, he was predeceased by his sister-in-law, Sandra Rozelle.

A funeral service will be held at 4pm on Sunday, September 18, 2022 at Flynn Bros. Inc. Funeral Home, 80 Main St., Greenwich, NY 12834, with Rev. Keith Mann, officiating.  Scott’s family would like to invite everyone to a celebration of his life at 5pm Sunday at the American Legion, 19 Abeel Ave., Greenwich, NY 12834 following the service.

Friends may call on Sunday from 2-4pm prior to the service at the funeral home.

Memorials can be made in his memory to your local ASPCA.

Share Your Memory of
Michael
Upload Your Memory View All Memories
Be the first to upload a memory!
Share A Memory
Plant a Tree