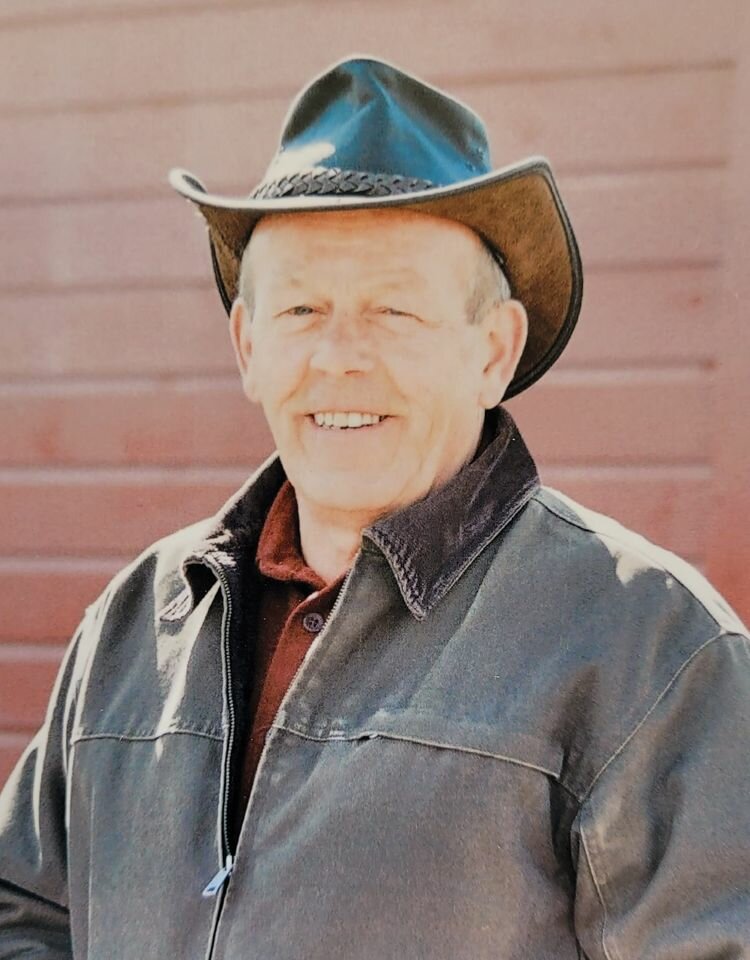 Bill was strong, stubborn and driven, and after a 7 year battle with cancer, he left this world still having a list of “stuff to do”. His willful and determined nature is what allowed his family and friends the several years that he fought to stay with all of us after his diagnosis. To anyone who knew him, it was either Bill’s way or the wrong way.

He grew up in Mayfield, NY, where his elementary teachers referred to him as “scrappy”. This could be attributed to Bill and his older brother, Don, growing up roping each other around the neck from the backs of their ponies, Scout and Silver, or throwing knives at one another. They spent their summers together, after their younger siblings were born, working on their relative’s farms in Fort Plain, where Bill developed his love of the outdoors and all things agricultural.

Bill was naturally athletic and was good at any sport he tried. He was quite proud of having been on the Mayfield Central School’s (Class of ‘63) soccer, basketball, and baseball teams the year they won all 3 league championships. He played the trombone throughout high school, and later played in the Schuylerville Community Theater Orchestra and the Washington County Concert Band.

Upon graduation from high school, he attended SUNY Potsdam (Class of ‘67) and continued his sports career playing college soccer and baseball. There he met his wife, Duffy, and they were married on November 25,1967. They moved to Schuylerville, NY and later had 2 children, Melanie and Eric.

After putting himself through college, Bill began his career at Schuylerville Central School, where he taught 5th grade for 32 years. His favorite students were “those of average ability who tried their best to achieve, because they reminded him of himself as a student.” He felt it was important that his students learn history and the geography of the United States. He quizzed generations of students, as well as his own children and grandchildren, on the state capitals. Near the end of his teaching career, he began a second job, and worked as a semi-truck driver, hauling gas and fuel oil in the evenings after school and on weekends.

As his children grew up, he became active with his family in 4-H. By this time, the family had moved to Greenwich and had a backyard menagerie of farm animals. Bill could be found hauling kids and horses to various shows in the summertime, showing cows at the Washington County Fair with his own family and the Liddell family, or driving his team of Percheron draft horses in local parades. He also served on the Washington County Fair Board and was a volunteer instructor for the 4H shooting sports program.

When he was not working, he spent many hours in his shop at home, working on projects. His shop was a popular place to gather for everyone in his life. He enjoyed his daily 9 am visit with his neighbor Buck Bounds, his coffee time with friend Bob Ramsden, and his creative projects with his dear friend Lynn Martin. His family referred to him as “MacGyver”, because of his ability to design and build any ideas that they threw at him. He was a talented, creative and patient craftsman, believing that everything had a purpose and a “re- purpose”. His shop was a popular repair shop for his neighbors and friends, and he could be found doing everything from welding a piece of farm equipment to repairing a delicate necklace. If he couldn’t fix it, it couldn’t be fixed, and if you could dream it, he could build it.

He was an avid outdoorsman who grew up hunting and fishing, and later bestowed his knowledge of hunting and the outdoors on his children and grandchildren. He appreciated a simpler time and “the way things used to be” done and could regularly be found trying out a new hobby like making cheese, boiling sap, or pressing apple cider.

Once his children were grown, he and Duffy enjoyed many trips together, going on planned tours of places both in and out of the United States such as Alaska, Arizona, Wyoming, Iceland, and Ireland, either alone, or with various friends and family.

Upon Bill’s retirement, he fulfilled his greatest goal and obtained his pilot’s license. He began his instruction at the Argyle Airport, where he flew a Cessna 150 that he and his uncle, Don Hisert, had rebuilt together. Since he was always learning and teaching himself, he moved on to take helicopter flying lessons and even owned his own helicopter for a brief time. He ultimately settled on a gyrocopter, of which he participated in the building, while he took flight lessons. When it was finished, he and his instructor flew it from Florida up the east coast back to its home at Chapin Field in Cambridge, NY. Bill was an active member of the Cambridge Valley Flying Club and looked forward to their yearly fly-ins. He loved to talk to people about his bright yellow gyrocopter, which was frequently seen flying around Washington County over different venues or buzzing his family and friend’s homes. He loved to give people rides, though only a few were brave enough to go with him. Any day he got to spend in the air flying, was a good day!

Share Your Memory of
Bill
Upload Your Memory View All Memories
Be the first to upload a memory!
Share A Memory
Plant a Tree