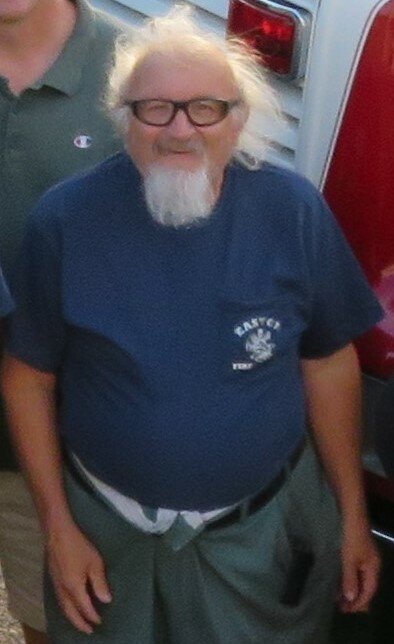 Obituary of Albert A. Perry Jr.

Albert “Alby” Perry Jr. 66, a long-time resident of Greenwich, passed away unexpectedly at his home on Monday, October 10, 2022.

Alby was well known in the community; he often could be found walking the streets greeting others, with a friendly smile and conversation.  Fire service was his life, he served as the Fire Police Chief and Trustee for the Easton Volunteer Fire Department.  He was only 1 week shy of achieving his 50-year member plaque at the next department meeting.

He worked many years for Winslow’s Restaurant, referring to himself as their “Potato Cutter”, as well as a cashier at the Mobil Mart in Greenwich.  Alby was a sports fan, and he could always be found cheering on the sidelines at local high school games.  When he wasn’t cheering on the players, you could find him making sure the refs were making the correct calls and arguing the bad ones.

He enjoyed stock car racing and attended various races at local tracks in the area.  Alby also enjoyed watching Wrestling and was even thrown out of an event once for antagonizing one of the wrestlers.  He was a kind man who provided selfless years of service to the Greenwich and surrounding communities, and he will be missed by all who knew him.

He is survived by his sister’s, Laura Perry of Fort Edward, and Melissa Penhollow of Tampa, Florida, several cousins, nieces, nephews, and his Easton Fire Department family.

A memorial service will be held at 1 pm on Sunday, October 16, 2022, at Flynn Bros, Inc. Funeral Home, 80 Main St, Greenwich, NY, 12834 with Celebrant Jason M. Easton officiating. Interment will follow in the Greenwich Cemetery.  Following his interment those who wish, are welcome to the Argyle Brewery to share memories of Alby.

Share Your Memory of
Albert
Upload Your Memory View All Memories
Be the first to upload a memory!
Share A Memory
Plant a Tree