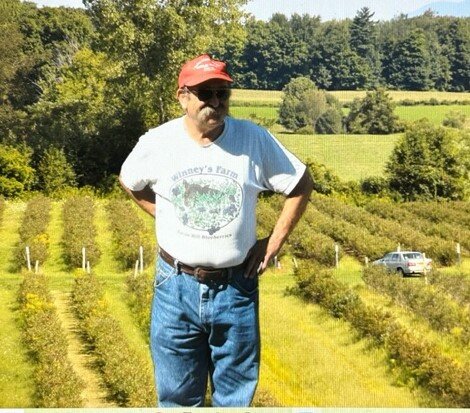 Born March 19, 1949 in Saratoga Springs, NY he was the son of the late Arba and Catherine Maynard Winney.

Byron was a graduate of SUNY New Paltz and had spent one semester of college in Lebanon, Beirut.  He was employed for 30 years at National Grid.  He also worked at Winney’s Blueberry Farm in Bacon Hill.  After his Mom passed away in 1991, Byron took over the family Blueberry Farm and expanded it from 4 acres to 30 acres of blueberries over the years.

In addition to his parents, he was predeceased by his brother Irvin in 2007, and his sister Hannah in 2020.

Survivors include his brother, Bernard (Lynda) Winney of Gansevoort; many nieces and nephews; and close friends, Eugene and Linda Duff, and Richard Duff, also of Bacon Hill.

A graveside service will be held in the Bacon Hill Cemetery in the spring, with a time to be announced at a later date.

Memorials in his name can be made to the Wilton EMS, 1 Harran Lane, Saratoga Springs, NY 12866.

Special thanks to Wilton EMS and the Glens Falls Hospital Staff for the great care they gave to Byron.

Share Your Memory of
Byron
Upload Your Memory View All Memories
Be the first to upload a memory!
Share A Memory
Plant a Tree