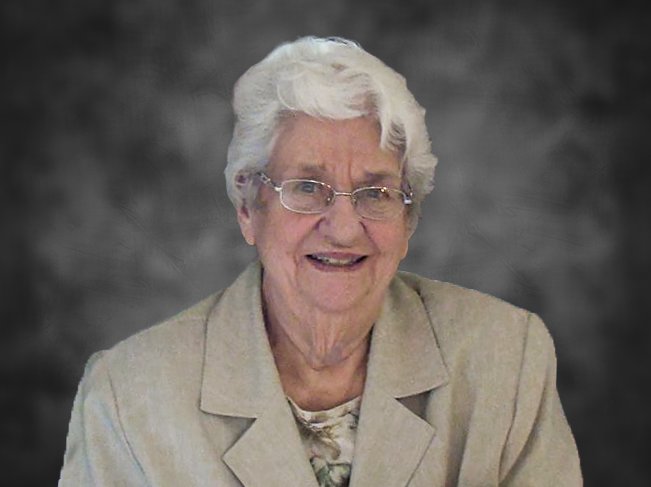 Jean Hope Bean, 88, a longtime resident of Bacon Hill, passed away Sunday, November 24, 2019 at Saratoga Hospital surrounded by her family.

Born February 21, 1931 in Bacon Hill, she was the daughter of the late Clifford Earl and Marion Harland Peck Rugg.

Jean Hope was a graduate of Schuylerville Central School and SUNY Albany.  She taught high school math at Stillwater High School for 22 years.  She was a member of the NYS Retired Teachers Association and the Bacon Hill Reformed Church where she served as elder, assistant organist, and junior choir director.  She had been a member and past president of the Bacon Hill Cemetery Association.  She volunteered for Meals on Wheels, prepared income taxes for senior citizens, was an usher at SPAC, and volunteered for many functions at the Bacon Hill Reformed Church.

In addition to her parents, she was predeceased by her husband, Douglas Bean and her sister, Mildred Rugg.

A funeral service will be held at 10am Saturday, November 30, 2019 at the Bacon Hill Reformed Church with Rev. Janet Vincent, officiating.  Burial will follow in the Bacon Hill Cemetery.

The family would like to thank the staff at Brookdale in Queensbury and Home of the Good Shephard in Saratoga Springs for the great care given to Jean.

Memorials can be made in her memory to the Bacon Hill Reformed Church, 560 Route 32N, Schuylerville, NY or the Alzheimer’s Association, 4 Pine West Plaza, Suite 405, Albany, NY 12205.

Share Your Memory of
Jean
Upload Your Memory View All Memories
Be the first to upload a memory!
Share A Memory
Send Flowers