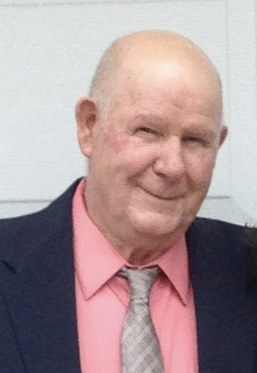 Richard Zwijacz, 84, a resident of the Town of Wilton, passed away Tuesday, December 6, 2022 at his home surrounded by his loving family.

Born May 5, 1938 in the Town of Wilton, NY he was the son of the late Stanley and Rose Ziga Zwijacz.

He was self-employed for 40 years running his heavy equipment business.  He enjoyed working on his Big Boy Toys.  He took pride in his work and was often called upon by others for his help with welding. He was a man of few words, and enjoyed spending time with his family. He had nicknames for most of his close family members. For the past 12 years, Rick enjoyed camping at Autumn Moon in East Galway NY where it was cooler and quieter. He enjoyed having his dogs around (several pugs) and spoiling them.

Survivors include his wife of 40 years, Cathleen Seney Zwijacz of Wilton; 3 daughters, Cheri Zwijacz (Dan) of AZ, Wendy Zwijacz (Jean DeRush) of Gansevoort, and Carrie Zwijacz and her son, Owen Zwijacz of Saratoga Springs; as well as several nieces and nephews.

A graveside service will be held at 12 noon on Friday, December 9, 2022 at the South Wilton Cemetery, Route 50, Saratoga Springs, NY with Deacon Dan Boyd, officiating, followed by a Celebration of Life at his home.

Memorials in his memory can be made to Community Hospice of Saratoga, 179 Lawrence St., Saratoga Springs, NY 12866.

The family would like to thank Dr. Dorsey, Dr. Phillips, and the staff at Hospice, Laurie, Karen, Kelly, and Tom.

Share Your Memory of
Richard
Upload Your Memory View All Memories
Be the first to upload a memory!
Share A Memory
Plant a Tree